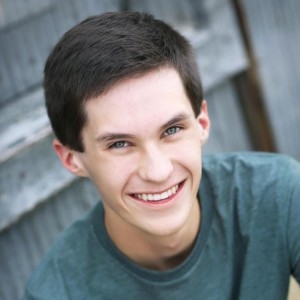 A Kale’s Autobiography – A New Perspective on Food

Here at Produce Mate, we’re once again happy to feature some papers written by local college students attending the University of Portland. This week we will feature a paper written by Hannah McCord regarding kale. Hannah takes a unique approach to talking about food, using the first person to show what it may look like from the perspective of kale. Through the lens of food, Hannah is able to show the connections that the food we eat has many social and cultural ties to the world around us. Enjoy reading and make sure to come by next week for another student written article.

Hi! I’m kale, historically and currently located in New Orleans, Louisiana. Before
Hurricane Katrina, I was grown in most native Orleanian’s backyard gardens. Families brought
the produce they grew straight from the yard to their table, just like the generations before them.
I was a rather important ingredient in their huge pots of gumbo, shared by neighbors. You could
also find me in the traditional dishes served by the local restaurants, owned by single families for
generations. This is what living and eating locally looked like before Hurricane Katrina. When
that hit, everything changed; neighborhoods were gentrified, and I became involved in a scandal
called Kalgate. In 2014, the New York Times released an article capturing Actress Tara Elders
saying that “New Orleans is not cosmopolitan”(2). This uneducated public claim deeply offended
New Orleanians. Me and collard greens play star roles in traditional food, agriculture, and
lifestyle here and Elders disregarded it all. Instead, she treated me like a symbol of hipster food,
which apparently is necessary for a city to be desirable. New Orleanians responded by posting
and tweeting everywhere in the city that you can get me served in your dish or buy me.
Magazines and newspapers got on board and soon Kalegate went viral, you can’t disrespect New
Orleanians’ food culture. Unfortunately, this entire media battle lacked any regard for my history
in the area. In the book, A Recipe for Gentrification, John Sbicca explains that, “these
newcomers, like many before them, romanticize a view of the city that celebrates a sense of
magic and mysticism while eliding the legacies of colonialism, slavery, and struggle, and of
deluge and drowning, that continue to shape resident’s everyday lives”(Cannon, pg 2). This
concept is nothing new, it’s called gentrification.

In his book, A Recipe for Gentrification, John Sbicca calls me a symbol of gentrification
because I represent the wealthy, hipster food additions to an area that alter and harm the local
food scene(6). I am deeply intertwined with gentrification in New Orleans and in cities all across
the US. The Oxford English Dictionary defines gentrification as “the process whereby the
character of a poor urban area is changed by wealthier people moving in, improving housing, and
attracting new businesses, typically displacing current inhabitants in the process”(OED Online).
Every city in the US contains gentrified areas and areas in the process of being gentrified, all
starting with food. It often begins with an influx of new coffee shops, breweries, and farmers
markets in low income neighborhoods. While these things seem like great additions to a
neighborhood, they have some major drawbacks. First, Sbicca explains that, “to investors, these
businesses indicate that an area is ripe for redevelopment”(5). But what goes into the new retail
spaces is not meant for the local, primarily BIPOC and immigrant communities; rather, they’re
meant to cater toward white, wealthy people who will soon move in. Now that the neighborhood
is more “desirable”, rents will go up, pushing the true locals out, often forcing them to leave the
city. As this transition takes place, the food that’s available shifts to meet the preferences of the
newcomers; this is called the “taste of gentrification”(36).

Pascale Joassart-Marcelli and Fernando J. Bosco define the taste of gentrification as, “the
transformation of the material and discursive food environment,” and explains that it, “in turn
exacerbates the process of cultural and spatial displacement”(36). They argue that the new
businesses introduced to the neighborhoods being gentrified might appear to benefit the
community and promote sustainability and food justice(36-37). However, they truly only serve
people who can afford to benefit from them, which tends to exclude the people who originally
lived there. In order to benefit from a fancy grocery store, you must have the means to buy
groceries from there as well as the time.

Additionally, in areas being gentrified, the restaurant scene is altered to fit the preferences
of the wealthy, white, newcomers. In A Recipe for Gentrification, Pascale Joassart-Marcelli and
Fernando J. Bosco describe the newcomer’s desire for “authentic” cuisine options that actually
push out the mom and pop, often immigrant run, restaurants that serve authentic food. This
brings to light the cultural appropriation of food, which I am a big part of. Going back to New
Orleans, I am very important to the agricultural history of slavery and oppression of Black
people. The way my seed was planted, cared for, and harvested goes back is intertwined with
generations of forced labor and horrific systemic oppression. I am a part of delicious recipes that
were handed down by the people who suffered. But now you see me advertised at Press Juicery
as a health booster or over at Jamba Juice who claims I’m great for your immunity. I’m not the
only food that’s being culturally appropriated; turmeric is another great example, you see this
ingredient in those juices too. In an article written in The Sage Encyclopedia of Food Issues, the
issue of cultural appropriation of food is described in a global context as when, “westerners may
seek out “authentic” ethnic food in ways that borrow freely, out of context, aspects of other
cultures to enrich their own path of discovery”(”Cultural Identity and Food”). This lack of regard
for history and culture behind foods like me is a key element of gentrification that goes beyond
what is served in a restaurant.

You might find me in a big box planter in a newly revived community garden, where
people can come garden, build community, and make something beautiful for others to enjoy.
You’re probably thinking that this is a wonderful thing and that there’s no way something so
beautiful could harm anyone. Unfortunately, that couldn’t be further from the truth. I used to be
grown in the yards of locals who used self-sustainable farming methods and brought me straight
from the soil to the table, as had been done for centuries. But now, those locals have been pushed
out due to foreclosure and rising rents. These new “locals” are planting me in this community
garden using methods they must have learned from the internet or gardening books. I am no
longer important because of my history, they only seem to care that I look nice and I can be a fun
substitute for their Whole Foods salad for a night. Pamela Arnett Broom describes the shift of
urban agriculture as “the new form of local foodways that attributes locality to geography, not
history, culture or people; media framing of the urban stories, engagement with the local
residents and communities, and the grower’s participation in the new local food markets”(122).
Urban agriculture leaves little room for the existing residents to share their ways and tradition
with the newcomers. In fact, Broom explains that the newcomers establish themselves as the new
local group and build a new community that often excludes the long-time residents or at least
doesn’t value their history in the area.

I agree with John Sbicca, I am a symbol of gentrification(pg 6). I am a symbol of hipster
areas that provide food and services that are intended to meet the wealthy, white consumer’s
preference. I am a symbol of cultural appropriation of food; where history is irrelevant as long as
the wealthy are satisfied and the investors’ and developers’ pockets are filled. I am a symbol of
the immigrant family’s restaurant closing because it didn’t meet the health standards of the newly
acquired “local” customers as they wrote their Yelp reviews. You can find me in the Jamba Juice
that forced the single mom to be unable to pay her rent. Ultimately, I am a symbol of the
long-time local’s struggle to maintain the identity of their neighborhood as developers, investors,
and privileged people redefine it, the way our country’s racist systems made inevitable.

I created a collage to express the identity of Kale and its relationship to gentrification. I
bought a garden magazine from Fred Meyer and cut out images and words that together could
represent the story of kale I told through my autobiography. I cut out clippings of anything green
and put them together to create an abstract image of kale. Then, I wanted to create a background
that represented kale’s relationship with gentrification. I found an image of a city scape and
cutouts of a fruit design that reminded me of a fancy juice or smoothie shop. I also found a
coffee cup and a recipe tab for fancy dishes. Furthermore, I used a cutout of the words “food and
wine” and “shop small, shop local” which remind me of the food scene in a gentrified area or an
area ripe for gentrification. I glued the abstract of kale on top of all these images, in the center, to
show that kale was one of the first foods to be culturally appropriated and that a food as small as
kale can be part of a much larger issue such as gentrification.

More of our stuff

A Kale’s Autobiography – A New Perspective on Food

When it comes to food waste, finding some good hard numbers can be difficult. It feels like the most available information is always that about

BVC is emblematic of the startup culture in Oregon. The conference was incredibly inspiring, with some amazing guest speakers and many compelling business pitches competing

Food Waste Mistakes That Everyone Makes

When it comes to food waste, we at Produce Mate believe that creating a community of food waste thinkers is essential. Because of this, we

As everyone knows, we take food waste extremely seriously here at Produce Mate. Whether it’s domestically or commercially produced, we think that food waste is

6 Tips to Reduce Food Waste at Home this Year

With the welcoming of the new year, there is no better time to start changing your food waste habits at home. Whether it’s what you’re

Maybe you saw the post online, maybe you found the blog and I piqued your interest. Well, my fellow starch supporters, I have some bad